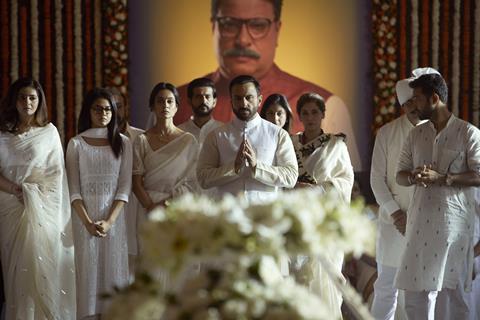 The production team behind Amazon Prime Video’s Hindi-language web series Tandav have agreed to change some of the content following an outcry that is testing issues of OTT regulation and freedom of speech in India.

The series follows a power-hungry politician in his quest to become prime minister and touches on current sensitive issues such as farmer protests, rising Hindu nationalism and caste discrimination. Many of the complaints have been tied to the depiction of Hindu gods, including a scene in which a major deity is played by Muslim actor Mohammed Zeeshan Ayyub.

India’s Ministry of Information and Broadcasting said it has contacted executives at Amazon Prime Video to enquire about the show.

An official statement on Zafar’s Twitter account said: “We have utmost respect for the sentiments of the people of our country. We did not intend to hurt or offend the sentiments of any individual, caste, community, race, religion, or religious beliefs or insult or outrage any institution, political party or person, living or dead.

“The cast & crew of Tandav have made the decision to implement changes to the web series to address the concerns raised towards the same. We thank the Ministry of Information and Broadcasting for guidance & support in the matter. We once again apologize if the series has unintentionally hurt anybody’s sentiments.”

India is a key market for Amazon, Netflix and Disney+Hotstar, due to the explosion in smartphone and online video usage, and all three platforms are investing heavily in local-language original content.

However, several recent web series – including Amazon’s Paatal Lok and Netflix’s Leila, Sacred Games and A Suitable Boy – have raised the ire of ring-wing politicians in what is becoming an increasingly intolerant political environment. Hindu nationalists called for a boycott of A Suitable Boy because it depicted a Hindu woman kissing a Muslim man in front of a Hindu temple.

India has relatively strict censorship for theatrical releases and broadcast TV, but until recently streaming platforms were allowed to self-regulate. However, with Covid lockdowns widening the audience for streamers, the government appears to be more concerned about content that is consumed online. Towards the end of last year, the I&B Ministry said it intended to take over regulation of streaming platforms and straight-to-digital content.