Andy Serkis to receive Bafta for outstanding contribution to cinema 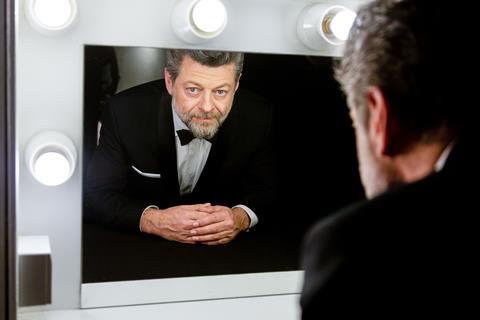 Actor and filmmaker Andy Serkis is to receive the outstanding British contribution to cinema award at the 2020 Bafta film awards.

Serkis is best known for his pioneering performance capture work, portraying Gollum in The Lord Of The Rings and Hobbit films as well as the lead role of Caesar in the Planet of the Apes franchise.

But he has more recently moved into directing with Mowgli: Legend of the Jungle and Breathe. He is currently directing Venom 2, starring Tom Hardy.

In 2011, Serkis founded performance capture company The Imaginarium, with producer Jonathan Cavendish, contributing to blockbuster franchises such as Star Wars, Spider-Man and Men In Black.

He has been Bafta nominated twice, for playing punk rock star Ian Dury in Sex and Drugs and Rock and Roll, and for playing murderer Ian Brady in TV drama Longford.

The outstanding British contribution to cinema award is presented annually in honour of Michael Balcon, the UK film producer known for his work with Ealing Studios.

The Baftas will be held in London on Sunday, February 2.