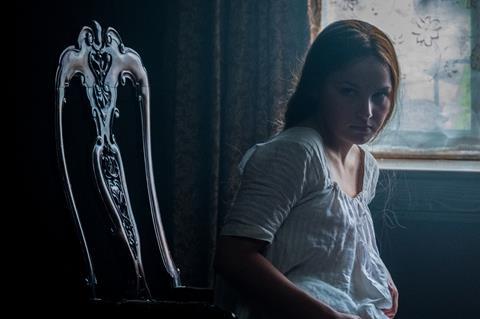 Arclight Films has bulked up its AFM sales slate with international rights excluding the UK, Australia and Germany to gothic horror and Sitges, Edinburgh and Chicago selection Carmilla.

The solo directorial debut of writer-director Emily Harris stars newcomers Hannah Rae and Devrim Lingnau alongside Jessica Raine, Tobias Menzies and Greg Wise, both of whom were recently featured in Netflix’s The Crown.

Carmilla will screen to buyers at the virtual market next week and is a reimagining of Sheridan Le Fanu’s 19th-century vampire novella of the same name.

Rae plays a teenage girl living with her father and a strict governess who becomes enchanted by the arrival of a young girl who convalesces in their home after a nearby carriage crash.

Harris’ co-directing credits include the British drama Love Is Thicker Than Water starring Johnny Flynn, and Borges And I.

“This brilliant film has both substance and a visually striking execution,” said Arclight Films chairman Gary Hamilton. “Emily Harris and the outstanding cast and crew did a fantastic job bringing this searing and passionate coming-of-age story to the screen in a rich, dangerous and sensual manner. Critics love the film, and we are certain that distributors worldwide will embrace its gothic roots too.”

Following its festival appearances, Carmilla received a virtual UK premiere at the Victoria and Albert Museum in London on October 15. Film Movement distributed the film in the US in July.