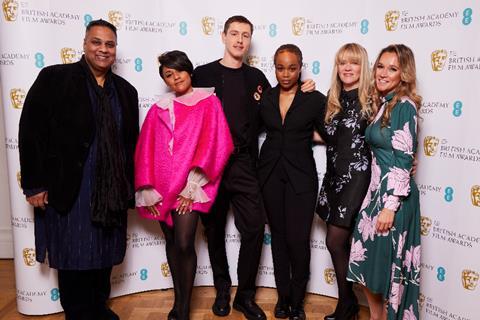 Bafta has announced the five actors in the running for the 2022 EE Rising Star award.

DeBose, Dickinson, Simmonds and Smit-McPhee all participated in an online roundtable to discuss the selection this morning (Lynch was unavailable due to filming commitments). It was preceded by an introduction from Bafta chair Krishnendu Majumdar, in which he confirmed the 2022 ceremony will take place in-person – the organisation’s first major in-person event since the 2020 awards.

Nominees are not directly selected for a single performance, although they have typically received acclaim in the past year for one particular role. For DeBose it is West Side Story; for Dickinson, The King’s Man; for Lynch, No Time To Die; for Simmonds, A Quiet Place Part II, and for Smit-McPhee, The Power of the Dog.

Two of the five nominees – Dickinson and Lynch – are from the UK, with DeBose and Simmonds hailing from the US, and Smit-McPhee from Australia.

Dickinson was previously named a Screen Star of Tomorrow, in 2017.