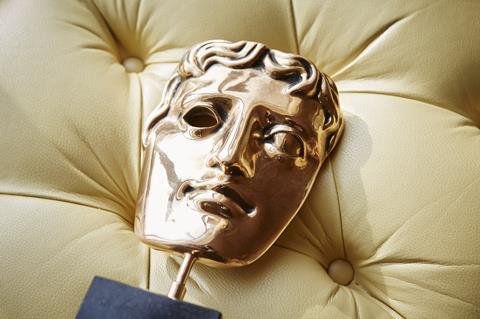 Bafta has confirmed the rules and regulations for its 2021 film awards, with the dates and eligibility criteria adjusted due to the Covid-19 pandemic.

This year’s awards will take place on Sunday, April 11, around two months later than usual. As a result, the eligibility period has been confirmed as January 1, 2020 – April 9, 2021 (and April 30, 2020 for documentary and film not in the English language).

Because the timetable will go back to normal for 2021-22, there will be a significant crossover period for the following year’s awards, with the eligibility period beginning January 1, 2021. The 2022 awards are currently pencilled in for February 13.

Scroll down for selected key dates

Bafta has clarified its eligibility rules (first announced in June) for films that were unable to have a theatrical release. For the 2021 awards only, films that were intended for theatrical release but ended up on an “approved commercial VoD platform” because cinemas shut down may qualify, provided they meet Bafta’s other eligibility requirements.

Films that had a theatrical release with the FDA are eligible, while those that did not have an FDA date “will be considered by the Film Committee before being approved as eligible.”

Films must have been available to UK audiences for at least 30 days on a VoD platform during the qualifying period to be considered.

Films that were on theatrical release in the UK on March 17 (when cinemas had to close) are eligible even if they did not meet the qualifying screening threshold.

Bafta emphasised these rules are “subject to change based on Bafta’s best practice policies and national guidelines as determined by the UK government”.

As previously reported, starting this year Bafta Film Awards is revamping its voting methods in all major categories, in response to the outcry following the lack of diversity at every level of the 2020 Film Award nominations. Bafta subsequently undertook a far-reaching and industry-wide review headed by new Bafta chair Krishnendu Majumdar. From this, it has actioned major changes include expanding the number of films to be nominated for outstanding British film and overhauling the voting system to introduce more jury voting. The aim is for a wider number of films to be seen by as many voters as possible.

Bafta has introduced fees to enter films in all categories except the short film category and the category for best debut by a British filmmaker. It said it is to cover the costs of developing the viewing portal.

They are: £250 for outstanding British film, film not in the English language and documentary: and £2,500 for all other titles. The Film Committee has said it is anticipating appeals and will consider on a case-by-case basis.

Once a film has been accepted for entry, for the first time a film’s distributor or producer will be asked to provide headshots for specific individual categories, for both inclusion and diversity purposes and also to familiarise voters with lesser-known names.

Outstanding debut by a British writer, director or producer

The requirement for a candidate to either hold a UK passport or to have been permanently resident in the UK for six years has decreased from 10 years. Furthermore, if the candidate fulfils just one of these criteria ”they will be asked a series of questions to demonstrate a commitment to the UK film industry, providing the following details: where they currently reside, the length of time they have lived there, if they plan to return and work in the UK, details of the projects they have in development and the producers involved”. This is so Bafta is “clearer from the outset about the candidate’s commitment to the UK film industry”

The Bafta film committee is also asking for the following information in this category for the first time:

November 10: Entries for the British film categories should be submitted to the BFI for consideration against their Diversity Standards by this date at the latest

November 23: Deadline for submission of Stage One entry forms (confirming film eligibility, categories each film will be entered into including performance categories) Final deadline to enter Outstanding Debut by a British Writer, Director or Producer & films entered for Debut should be available to jurors by this date

December 22: Draft entered films list to be made available to voters and entrants

January 6: Deadline for requests to changes to the draft entered Films list and SVFX Statements

January 11: All films must be made available to BAFTA voters on the BAFTA View portal by this date to qualify

January 26: Round One voting closes at 18:00 / deadline for SVFX reels