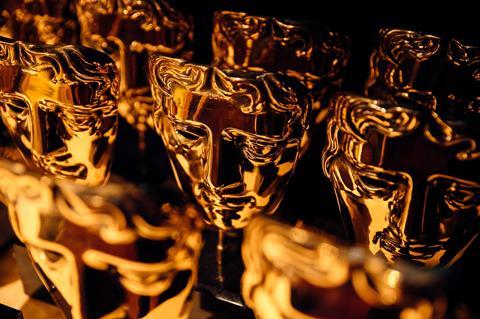 The final four categories of the 2023 Bafta Film Awards will broadcast live in the UK on BBC One on February 19 for the first time in its history.

Bafta did not confirm which four awards it will be.

It did reveal the ceremony will have two as-yet-unannounced hosts and will feature plenty of musical performances, buoyed by the warm reception to last year’s performance by Shirley Bassey.

The 2023 ceremony will take place at the Southbank Centre’s Royal Festival Hall, which also housed the gala screenings of this year’s BFI London Film Festival. Three rounds of voting by Bafta global membership starts this Friday, December 9. The longlist will be revealed on January 6, followed by the nominations on January 19.

The Bafta Film Awards have been held at the Royal Albert Hall for the past five years. Writer and actor Rebel Wilson hosted last year’s show which saw Jane Campion’s The Power Of The Dog win best film and Kenneth Branagh’s Belfast pick up the trophy for outstanding British film

It will be the first film awards for new CEO Jane Millichip who took over from the long-serving Amanda Berry in October. Millichip, who started her career as a journalist, has worked in production, distribution and broadcasting for television for 25 years, most recently as chief content officer for Sky Studios, and prior to that as its chief commercial officer.

”We know the transformative impact that winning a Bafta can have, not only for the names in the gold envelope, but for all the people watching at home who we hope will be inspired to become the filmmakers of the future,” said Millichip. “The changes we are introducing to the BBC One broadcast of the Awards will ensure those audiences will have the best seats in the house. Going live for the last awards of the night will raise anticipation, and our back-stage studio will give viewers exclusive insight into the event and the talent taking part.”

Further innovations for 2023 include a Bafta Backstage Studio: an ‘Access-All-Areas’ for  audiences at home, featuring talent interviews with nominees, presenters and winners.

This year’s ceremony will be produced by UK outfit Spun Gold TV, which won the two-year contract by promising to “reinvent” the coverage of both the Bafta Film Awards and the Bafta TV Awards in May. Spun Gold is renowned for its prestige live productions of events including ITV’s The Platinum Jubilee Celebrations for which it won a TV Bafta.

The decision to appoint Spun Gold brought to an end Bafta’s longstanding relationships with Done + Dusted and Whizz Kid. The former has taken charge of the TV Awards for the past five years, while the latter has co-produced the Bafta Film Awards for over 20 years.

Bafta is introducing a mandatory anti-bullying and harassment policy requirement as part of eligibility for all of its awards from 2024. For the film awards, this means UK-based production companies will be required to have a policy in place on tackling issues of bullying and harassment to enter the two UK-only categories: outstanding British Film and outstanding debut of a British writer, director or producer.

Bafta, in partnership with the BFI, published a set of Principles and Guidance for Tackling and Preventing Bullying, Harassment and Racism in the Screen Industries in 2018, which are supported by almost 40 industry organisations.

”Driving meaningful cultural change in the screen industries is core to Bafta’s mission and our awards entry data gives a valuable insight into what progress is being made and where there is more work to do,” said Emma Baehr, executive director of awards and content. ”By adding the requirement for UK-based productions to have a Bullying and Harassment policy in order to enter the vast majority of our Awards’ categories from 2024, there is further incentive to stamp out unacceptable behaviour in the workplace.”