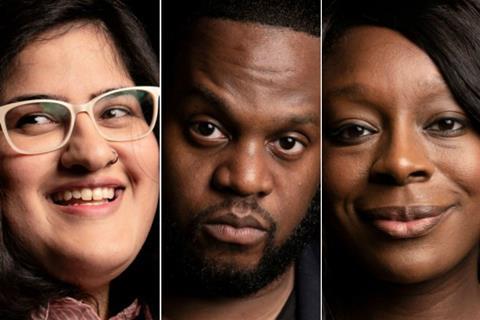 The British Academy of Film and Television Arts (Bafta) has named 18 UK writers to receive support through its Elevate campaign.

Participants include Rachel De-Lahay, co-writer of Channel 4 series Kiri, who is writing an episode of The Eddy for Netflix with Jack Thorne, to be directed by Damien Chazelle.

The 18 names were chosen by a panel of industry experts from almost 200 applicants. They will receive networking opportunities, introductions, mentoring, tailored panel discussions, masterclasses and workshops over the next 12 months.

This year’s programme was open to writers facing career obstacles based on their background or circumstances that lead to under-representation. The areas of under-representation considered include disability, gender, race and people from lower socio-economic groups.

Created in February 2017 ‘to shape an inclusive and diverse workforce within the UK film and television industries’, the Elevate programme helps individuals from under-represented groups to the next stage of their career. Last year’s inaugural programme supported female directors.