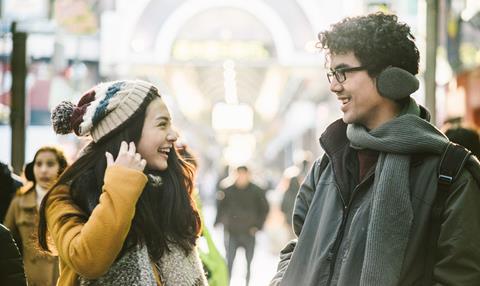 Banjong Pisanthanakun’s One Day is set to open on Sept 1 as the first title from the debut slate of new Thai production house GDH 559, following the breakup of GMM Tai Hub (GTH) last year.

The story follows Ter’s character who risks everything to be with his dream girl for just one day by pretending to be her boyfriend after she suffers temporary memory loss.

TV actress Nittha “Mew” Jirayungyurn makes her big screen debut in the film, which was mainly shot on location in Hokkaido, Japan.

Another upcoming GDH title is New Year’s Gift, which is scheduled for release on Dec 1. The feel-good romantic drama is a three-part omnibus directed by Jira Maligool (The Tin Mine), Nithiwat Tharatorn (The Teacher’s Diary) and Chayanop Boonprakob (SuckSeed) along with Kriangkrai Wachirathamporn (Hormones The Series 2 & 3).

GDH 559 was incorporated earlier in January as a joint venture between GMM Grammy and Hub Ho Hin, without Visute Poolvoralaks’ Tai Entertainment. The three latter companies had been joint venture partners at GTH since 2004 before it was dissolved last year due to a shareholders dispute.

For more than a decade, GTH has undoubtedly established itself as a prominent sales and production powerhouse through its many horrors and thrillers as well as feel-good romances and comedies, which not only were local box office successes but also sold well internationally.

Some of its best known horrors are Shutter, which received a Hollywood remake, Alone, 4BIA and more recently Pee Mak, Thailand’s top grossing film ever with 1 billion baht, ($29m).