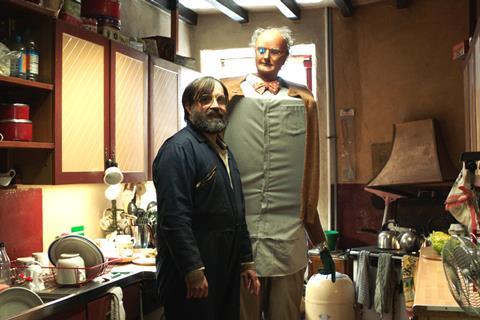 Bankside Films has taken worldwide sales rights to Jim Archer’s UK comedy Brian And Charles, which was developed and co-funded by Film4 and the BFI.

The London-based sales agent is introducing the feature, now in post-production, to buyers at the upcoming Cannes virtual market (June 21-25).

The comedy was written by David Earl and Chris Hayward, and marks the feature directorial debut of Archer, whose credits including BBC series The Young Offenders and 2017 short Brian And Charles, on which the film is based.

Earl, best known for roles in Ricky Gervais series’ Derek and After Life, also stars. A new image from the film has been released and can be seen above.

Brian And Charles is produced by Rupert Majendie for Mr Box, a UK production company set up in 2014 to offer comedians a platform to create and broadcast their own sketches and podcasts. The executive producers are Damian Jones, Mary Burke for the BFI, and Lauren Dark and Ollie Madden for Film4.

The film was due to shoot in March 2020 but was delayed due to the pandemic. Production took place in North Wales last December, with Covid-safety production measures in place.

“It is a film about loneliness and the importance of connection, themes which are very prescient in the world we live in today,” said Bankside managing director Stephen Kelliher. ”Moreover, it is a joyous film which promises to leave audiences uplifted and entertained.”