UK sales outfit Bankside Films has appointed Sophie Green as its head of acquisitions and development. 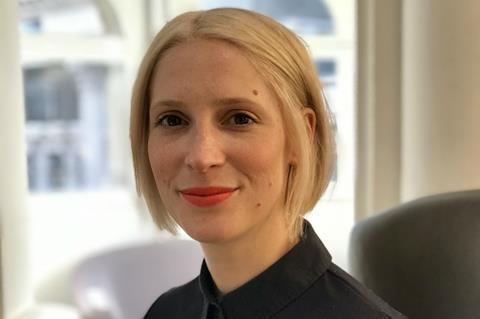 Green joins from WestEnd Films where she held the same position since 2016. Before then, she had roles at Studiocanal, literary agency David Higham Associates, and TV companies Tiger Aspect and Company Pictures.

During her time at WestEnd she worked on Sophie Fiennes’ Grace Jones: Bloodlight And Bami, Vicky Jewson’s Close starring Noami Rapace which was recently picked up by Netflix, and Agnieszka Holland’s Gareth Jones starring James Norton and Vanessa Kirby.

Green joined Bankside this week and will be with the company at Cannes.

She commented: “I’m delighted to be joining the dynamic team at Bankside Films, whose slate I have always admired. I look forward to continuing to build a diverse and commercial slate of quality projects from both emerging and established talent across sales, production and finance.”

Stephen Kelliher, director, Bankside Films added: “We are thrilled to welcome Sophie to the team. She is an exciting and forward thinking executive and her breadth of experience makes her the perfect candidate for this key role which is integral to the continued growth and expansion of our company.”