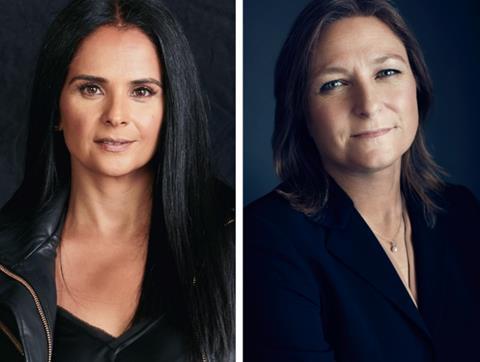 In a move that positions the company to grow its global subscriber base, Netflix has named Bela Bajaria vice-president, global TV and said Cindy Holland will depart next month.

The move comes as co-CEO Ted Sarandos also looks to streamline his content divisions and will now oversee a structure with Scott Stuber heading film and Bajaria in her new TV role.

The executive joined in 2016 and most recently served as vice-president of international originals, an area Netflix is keen to grow after reporting success with Unorthodox and Dark Desire from Mexico, Money Heist from Spain, and The Witcher from Europe.

Unscripted is a growth priority too, and recent hits include Floor Is Lava, Indian Matchmaking, Love Is Blind and Too Hot To Handle in the last few months.

Eighteen-year Netflix veteran Holland will leave the company in October after playing an integral role in the platform’s growth.

She has led the English-language TV team as vice-president, original content, and was instrumental in leading the switch from licensed to original content, working on shows like House Of Cards, Orange Is The New Black, Stranger Things, The Crown, Ozark, and Narcos.

Holland also built up documentary programming with Making A Murderer, Chef’s Table and more, and most recently oversaw unscripted programming in addition to her other duties.

“It has been a real joy to lead the original series team for the last eight years,” said Holland. “From transitioning the company out of DVDs into streaming, to launching our first slate of original series and documentaries, I’ve loved every moment. I am proud of the impact and the diversity of the stories we’ve brought to audiences around the world, and to have worked with some of the most inspiring creators and executives in our business.”

Sarandos added, “Since joining Netflix in 2016, Bela has demonstrated her versatility and creativity - building out our unscripted team and helping to take our local language slate, which is increasingly important for our members, to the next level. I can’t wait to see what Bela and the TV team achieve in the years to come.

“These kinds of changes are never easy, and I am enormously grateful to Cindy Holland for everything she has done over the last 18 years at Netflix – first licensing DVDs and then as the driving force behind our first eight years of English original series.

“Cindy’s been a great champion of creators and the power that comes from seeing more perspectives reflected on screen – launching enduring dramas like Orange Is The New Black, Stranger Things and The Crown. Most important of all she’s been a fabulous colleague. We wish her all the best for the future.”