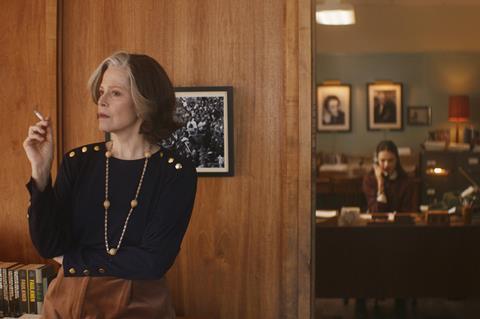 The Canadian-Irish co-production is based on the international bestseller of the same name by US author Joanna Rakoff and will receive its world premiere at the Berlinale Palast on February 20.

Set in the literary world of New York in the 1990s, the story is about an aspiring poet, played by Qualley (Once Upon A Time… In Hollywood), who works as an assistant to a literary agent, portrayed by Weaver, answering the fan mail to cult author J.D. Salinger.

The film will play as part of the festival’s Berlinale Special Gala strand, a new category that replaces ‘out of competition’.

Falardeau previously screened his film It’s Not Me, I Swear! in 2009 in festival’s Generation section, where he won both the Grand Prix of the Generation Kplus international jury for best film and the Crystal Bear for the best film. He also directed The Good Lie, starring Reese Witherspoon.

Weaver previously helped open the festival in 2006, when Marc Evans’ Snow Cake – in which she starred with the late Alan Rickman – launched the 56th Berlinale.

Producers are Luc Déry and Kim McCraw at micro_scope, the Canadian outfit behind Denis Villeneuve’s Incendies and Enemy, as well as Falardeau’s Oscar-nominated Monsieur Lazhar. Co-producers are Ruth Coady and Susan Mullen of Ireland’s Parallel Films.

The festival will run February 20 to March 1.