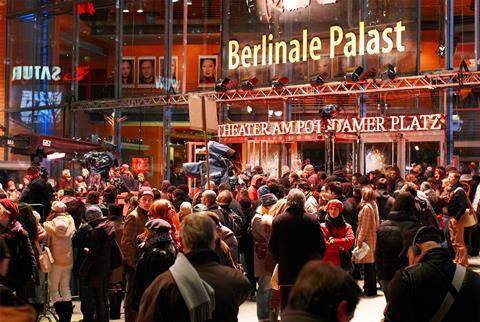 The Berlinale and European Film Market (EFM) have confirmed they are on course to hold the 2022 editions in February as physical events in line with Germany’s so-called 2G rule, despite rising Covid cases in the city that have forced the European Film Awards to drastically downscale its event to be held in Berlin on December 11.

Access to screening venues and industry events at the Berlinale and EFM will be restricted to attendees who are vaccinated or have recovered from Covid-19, organisers explained. The 2G rule has already been in place in Berlin since November 15 for restaurants, museums, and cinemas and other enclosed spaces.

Berlinale spokesperson Frauke Greiner told Screen the festival had already foreseen the 2G model in its planning for the 2022 edition and is making preparations for holding a physical event under even tighter controls known as 2Gplus. “We are keeping an eye on the possible extension to 2Gplus, what the requirements will be for 2Gplus, mask, distance, test, and for which situations and events [it] could apply,” she explained.

She added that the festival was in “active dialogue” with the authorities.

Earlier this week, the Berlinale and EFM unveiled conditions for applying for onsite accreditation and highlighted that “due to the ongoing, highly dynamic epidemic situation” the rules for participation might change at any time.

They ask all accredited persons “to take personal responsibility for familiarising themselves with the most up-to-date version of the Berlinale Covid-19 regulations, the Infection Protection Measures Ordinance of the State of Berlin, the Law on the Prevention and Control of Communicable Diseases and the applicable entry restrictions and checking whether they meet the current requirements.”

The participation guidelines add “the Berlinale may restrict or entirely remove access to festival and/or EFM events,” and that “in-person events in Berlin may be partly or entirely cancelled.”

Moreover, “should the Berlinale implement changes of this nature, it is not liable for any restrictions or costs that may be incurred by the accredited visitors.”

Covid-19 cases hit a new record high in Germany today (November 19), whilst Austria has implemented a new national lockdown, which is expected to last at least 10 days.

Berlin’s outgoing governing mayor Michael Müller has called for further measures to curb the pandemic by introducing the ‘2Gplus’ option. He said this week that an agreement has already been reached by the outgoing Berlin Senate that the 2Gplus rule would require a negative test result in addition to the proof of vaccination or recovery.

Meanwhile, other industry events in Germany are falling by the wayside in the light of rising case rates and growing pressure on intensive care capacity in the nation’s hospitals. The announcement today that the European Film Awards is being reformatted as a socially-distanced live event on December 11 has been followed by news the first major event in the German film industry’s calendar, the Munich Film Week, that brings together distributors and exhibitors and was due to be held from January 18-21,2022, has been postponed.

“Due to the current very unstable situation and the sharp increase in the number of infections in recent weeks, it is not possible to hold the Film Week as a physical event next January. The health of all participants comes first,” the organisers said in a statement today. “We have therefore decided, after much deliberation and yet with a heavy heart, to postpone the January date and find an alternative date for Film Week 2022.”

In addition, the Bavarian Film Awards, which would have rounded off the Film Week on Friday evening (January 21), have been postponed to May, and the German Film Ball, traditionally on the evening after the Film Awards, has been dropped completely for 2022.

Cinemas are also set to be closed from the middle of next week in Bavarian corona “hotspots” - eight districts including the towns of Passau and Landshut - where the weekly incidence rate is now over 1,000 per 100,000 persons. The Bavarian government is set to pass this lockdown measure on Tuesday for cinemas and other indoor public spaces on Wednesday, to last initially until December 15.

Elsewhere in Bavaria, the 2Gplus model is to be introduced for all cultural and sports events, with cinemas capped at 25% capacity. There may be similar measures taken in other parts of Germany such as Saxony and Thuringia over the next few days.