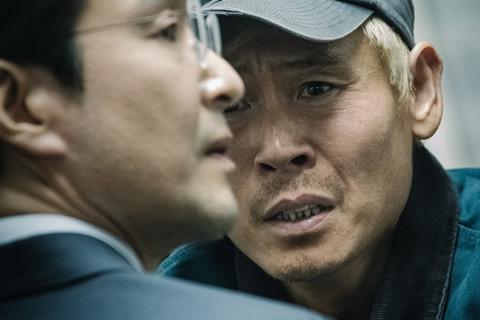 South Korean thriller Idol, which screened in the Berlinale Panorama, has been acquired for Japan and Taiwan by New Select and Apex Success Global (Long Shong) respectively. Finecut is handling international sales.

Directed by Lee Su-jin, Idol is about two fathers pitted against each other when their sons are involved in a bloody hit-and-run case. Han Seok-kyu, Sul Kyung-gu and Chun Woo-hee star.

The film  has clocked up more than 164,700 admissions and $1.2m to date at home in Korea, following its release on March 20, according to the Korean Film Council (KOFIC).

Directed by Lim Kyoung-tack and produced by Tony Mantaeg Han, No Mercy stars Lee Si-young as a woman who takes revenge on all the people who abused her mentally-challenged sister as she goes in search of the missing girl.

It is set for an international premiere at the upcoming Brussels International Fantasy, Fantastic, Thriller, and Science Fiction Film Festival (April 9-21).

No Mercy garnered more than 198,000 admissions and $1.5m on its local release earlier this year.

Additionally, Finecut has sealed deals on Kang Hyo-jin’s The Dude In Me, a body swap comedy about a mob boss and a high school nerd, for the US (815 Pictures), Japan (Hark & Company), Taiwan (Cai Chang International), in-flight (Encore), the Philippines (Viva Communications) and Indonesia (PT. Sonamu Cine House).

The Dude In Me clocked up more than 1.9m admissions and $14.4m at the local box office following its January 9 release.