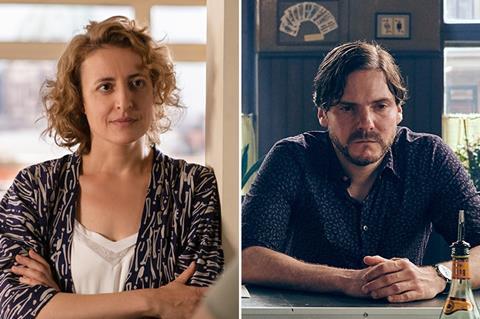 Beta is in final negotiations with the US, Japan, China, and the UK on the title.

The film tells the story of the relationship between Alma, a scientist at Berlin’s Pergamon Museum, and Tom (Dan Stevens), a handsome robot in human form designed to cater to her every need. Written by Schrader and Jan Schomburg, the film is inspired by Emma Braslavsky’s short story. It will be released by Majestic in German cinemas this summer.

Brühl makes his directorial debut and stars in the film, about a Berlin-based movie star whose seemingly ideal life is not as perfect as it seems. Malte Grunert produced with his company Amusement Park Film and Warner Bros. Film Productions in co-production with Gretchenfilm and Erfttal Film.

Other titles on the Beta EFM slate have also proven popular with buyers. Matt Chambers’ The Bike Thief has gone to Beijing Hugoeast Media for China, Beta Film for Bulgaria, Discovery for former Yugoslavia and AV-Jet for Taiwan. A deal with Signature in the UK was closed after AFM at the beginning of the year. Further deals are in negotiations.