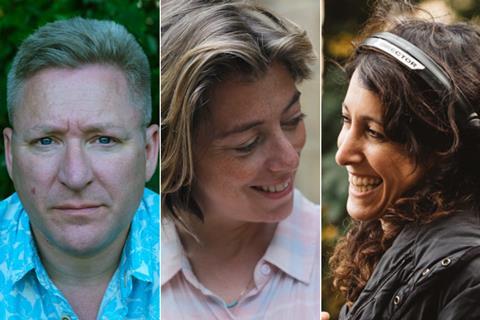 The BFI has announced three finalists for the IWC Schaffhausen Filmmaker Bursary Award, which comes with a £50,000 grant.

The award is designed ‘to support the future careers of exceptional new British film talent’; all three finalists will play at the upcoming BFI London Film Festival (LFF, October 10-21).

The winner will be announced on Tuesday October 9 at the IWC gala dinner, chosen by a panel including Paul Greengrass, Edgar Wright, Amanda Nevill, CEO of the BFI, and Christoph Grainger-Herr, CEO of Swiss watch manufacturer IWC Schaffhausen.

Wootliff’s Only You, starring Screen Star of Tomorrow 2016 Josh O’Connor and Laia Costa, will have its world premiere in the First Feature Competition at LFF. Wild Rose, led by Star of Tomorrow 2017 Jessie Buckley, premiered at this month’s Toronto Film Festival and will play as a Festival Gala at next month’s London event; while Billingham’s Ray And Liz made its bow at Locarno Film Festival in August, and will also play in the First Feature selection.

As a writer, Taylor is the first non-director to be included as a finalist.

This is the third year of the bursary; previous recipients were writer-directors Hope Dickson Leach for The Levelling, and Daniel Kokotajlo last year, for Jehovah’s Witness drama Apostasy.

To be eligible, filmmakers must be UK-based and have their first or second film in official selection at LFF.