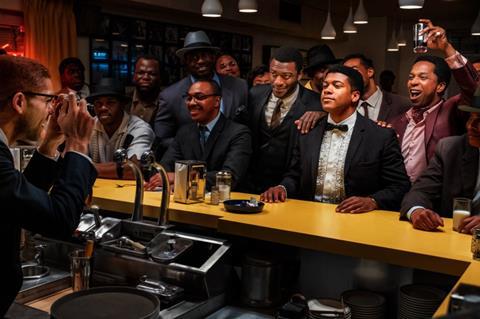 The BFI London Film Festival has added One Night In Miami, the directorial debut of US actress Regina King, to the lineup of its 64th edition (October 7-18).

The film will receive its UK premiere on October 11 playing in cinemas only, with repeat screenings on October 12.

It opened as an out of competition title at Venice Film Festival, becoming the first feature directed by an African-American woman to be selected in the festival’s history

The Amazon Original title depicts an evening in 1964 when, after scoring an upset against Sonny Liston, boxer Cassius Clay (soon to be Muhammad Ali) memorializes the event with three friends: Malcolm X, Sam Cooke, and Jim Brown.

Kemp Powers adapted the screenplay from his own stage play of the same name.

“The conversation that takes place between these great men in this movie is as important now as it’s ever been,” said Ben-Adir. “It’s extra special being at home, in London, celebrating Regina King’s directorial debut and even more poignant that we premiere this film during Black History Month.”

The LFF unveiled its 2020 programme last week and has been organised as a hybrid edition of physical and virtual events.