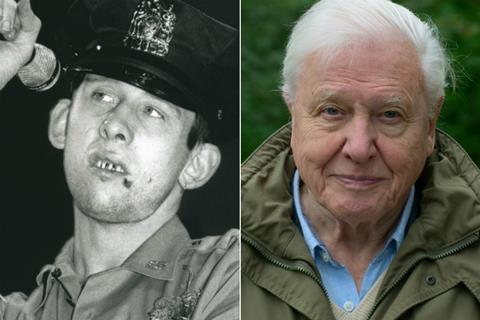 ‘Crock Of Gold: A Few Rounds With Shane MacGowan’, ‘David Attenborough: A Life On Our Planet’

Films about Irish singer Shane MacGowan and natural historian David Attenborough are among the 13 titles on the best documentary longlist for the 2020 British Independent Film Awards.

The longlist is the final of four to be announced this week, following lists for new talent, most promising newcomer and international film.

Julien Temple’s Crock Of Gold: A Few Rounds With Shane MacGowan is a look at the celebrated Irish punk musician and singer, combining archive and family footage with animation. It debuted at San Sebastián in September; Altitude has the rights for the UK and Ireland, and moved an original release date of November 20 to December 4, in line with the latest lockdown in England.

Another Altitude title, David Attenborough: A Life On Our Planet, also makes the longlist. The distributor gave the film a theatrical event release on September 28, with it grossing £440,000 in total – an impressive total given the cinema restrictions - in its theatrical window before debuting on Netflix. Directed by Alastair Fothergill, Jonathan Hughes and Keith Scholey, Attenborough himself has described the film as his “witness statement” to the glory of the natural world, but also the monumental scale of humanity’s impact upon it.

2017 Screen UK & Ireland Star of Tomorrow Rubika Shah gets another longlist spot for her punk rock documentary White Riot. Shah was also longlisted for debut director and Ed Gibbs for breakthrough producer in the new talent categories on Tuesday.

Also selected is Jerry Rothwell’s BFI-backed The Reason I Jump, based on Naoki Higashida’s book of the same name, exploring the experiences of non-speaking autistic people around the world. It won the world cinema – documentary award on debut at Sundance in January, subsequently adding prizes from Vancouver, Valladolid and Denver festivals.

The final five nominations in each longlisted category will be announced on Wednesday December 9, with winners revealed in early February.

One Man And His Shoes, dir. Yemi Bamiro

Outside The City, dir. Nick Hamer