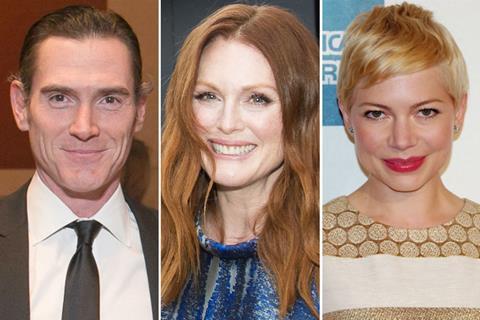 Billy Crudup has joined the cast of After The Wedding, the remake of Suanne Bier’s Oscar-nominated drama that Cornerstone Films is selling in Cannes.

Crudup will line up alongside Julianne Moore (The Kids Are Alright) and Michelle Williams (Blue Valentine), with the trio to be directed by Bart Freundlich.

The film depicts the meeting between a Calcutta orphanage worker called Isabel (Williams) and a wealthy New York media professional called Theresa (Moore), just as Theresa’s daughter is getting married.

Crudup will play Oscar, the husband of Moore’s character. Michelle Williams will play Isabel. The film will begin production this spring in and around New York.

The film is presented by Ingenious Media, Rock Island Films and Riverstone Pictures, and produced by Joel Michaels (Basic Instinct 2).