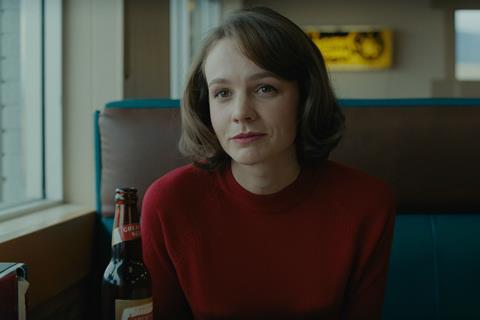 Cannes Critics’ Week, devoted to first and second features as well as shorts, has unveiled the line-up of its 57th edition, running May 9-17.

Wildlife, the directing debut of Paul Dano and starring Jake Gyllenhaal and Carey Mulligan, will open the selection. The film premiered at this year’s Sundance Film Festival and is based on the novel by Richard Ford.

The closing film is Guy, Alex Lutz’s second feature, a “caustic and endearing” comedy about a once famous entertainer.

Fuga (Fugue) The second feature by Polish director Agnieszka Smoczynska, who debuted with The Lure, tells the story of a woman’s impossible return to her family life, infusing this psychological thriller with fantasy.

Kona Fer í Stríð (Woman At War) The second film of Icelandic director Benedikt Erlingsson tells the story of a female hero who fights a war on her own to protect an endangered planet.

Sauvage, Camille Vidal-Naquet’s first French film, follows the fate of a young man looking for love in the world of male prostitution. Félix Maritaud, whom the public discovered in BPM (Beats Per Minute), stars.

In her first film, Chris the Swiss, Swiss director Anja Kofmel offers an original blend of documentary and animation. She investigates the story of her cousin, who was found assassinated in the midst of the war in Yugoslavia.

Indian director Rohena Gera debuts with romantic comedy Sir, which describes the budding relationship between a young, open-minded bourgeois young man and his housekeeper who is seeking emancipation, played by Tillotama Shome.

Egy Nap (One Day), the first feature film by Hungarian director Zsofia Szilagyi, explores the life of a couple living under the yoke of routine.