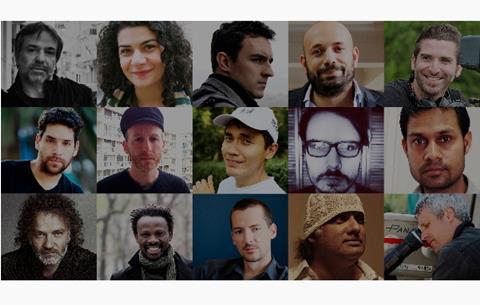 The Cinéfondation’s Atelier hosts its tenth edition this year and will invite 15 directors and their projects to the Cannes Film Festival.

Together with their producers, they will be given the opportunity to meet potential partners in a bid to finish their projects and start the making their films.

From May 16-22, L’Atelier will arrange meetings with the directors for film industry professionals interested in investing in their projects.

The Project Book and the meeting request forms will be available online at the beginning of April at www.cinefondation.com.

Territoria, the debut feature of Armenian director Nora Martirosyan, previously received a grant from the Rotterdam’s Hubert Bals Fund and was part of Locarno’s Open Doors co-production lab last May.

Tabija, from Bosnia’s Igor Drljača, was previously showcased at Rotterdam CineMart where it won a Eurimages Prize worth €30,000. The film, focussing on the young post-war generation in Bosnia-Herzegovina, also picked up an Excellence Award at the Sarajevo Film Festival.

Ville-Marie marks a return to narrative features for French-Canadian filmmaker Guy Édoin, whose family drama Wetlands premiered at Venice 2011 and was picked up by Fortissimo.

Chile’s Matías Rojas Valencia will present In the Shade of the Trees, following his 2013 road movie debut Root. ‘Trees’ was at Berlin’s co-production market last month and is produced by Don Quijote Films.

Ce sentiment de l’été is from French director Mikhaël Hers, who was at Cannes in 2006 with Charell and won the SFR prize at Cannes in 2011 with short film Montparnasse. He made his feature debut with Memory Lane in 2010. Nord-Ouest Films will produce and it is set to shoot this summer, starring Anders Danielsen Lie (Oslo, August 31st) and Judith Chemla (Camille Rewinds).

Cabin in the woods thriller The Darkness is the second film from Mexican director Daniel Castro Zimbrón after his 2012 psychological drama Tau.

White Sun, from Nepal’s Deepak Rauniyar, received a Hubert Bals Fund Development Grant and took part in Cinemart/Rotterdam Lab’s Boost! programme in 2013. It centres on Pooja, living with her mother in a remote village, who meets her father for the first time after the death of her grandfather.

Having become the first Syrian director to ever be in Competition in Cannes with his short Waiting for PO Box, To All Naked Men marks the feature debut of Bassam Chekhes.

Winner of the Grand Prize at FESPACO, Africa’s most important cinematic showcase, with Ezra, Newton I. Aduaka’s latest feature Oil on Water is produced by Granit Films and participated in last year’s FilmCup Brazil & France in São Paulo.

Produced by Akanga Film Asia and co-writer Jeremy Chua, A Yellow Bird from Singaporean director K. Rajagopal focuses on a man attempting to build a new life after eight years in prison. The drama was one of the selected projects at both Ties That Bind and Paris Projects in 2013.

Ruta Salvatge is the latest feature from Spanish director Marc Recha, whose last feature Petit Indi played at Locarno in 2009. Recha’s Pau and His Brother was entered into the 2001 Cannes International Film Festival.

The Cinéfondation’s Atelier was created in 2005 to stimulate creative filmmaking and encourage the emergence of a new generation of filmmakers. So far, out of 141 projects accompanied by l’Atelier, 85 have been released in theatres and 44 are currently in pre-production.