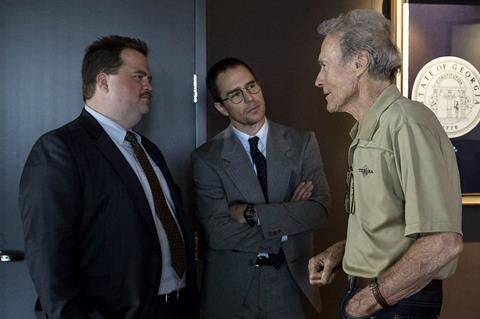 Clint Eastwood’s eleventh hour entry into the awards race has been confirmed as AFI FEST announced on Tuesday (8) the film will receive its gala world premiere on November 20.

Eastwood, whose 2005 best Oscar winner Million Dollar Baby famously entered the race late in the day when it premiered at New York Film Festival in December 2004, is scheduled to present his latest film in person at the festival.

Sam Rockwell, Kathy Bates, Jon Hamm and Olivia Wilde star alongside Paul Walter Hauser in the title role as a the security guard who alerted authorities to a bag containing pipe bombs at Centennial Olympic Park at the 1996 Summer Olympics in Atlanta, Georgia.

His actions bought time to evacuate the venue and saved many lives. However after the incident he was vilified in the press and regarded as a suspect, although never charged, before he was ultimately exonerated. Jewell died in 2007.

Billy Ray wrote the screenplay, and Warner Bros will release the film in the US on December 13. AFI FEST runs from November 14-21.