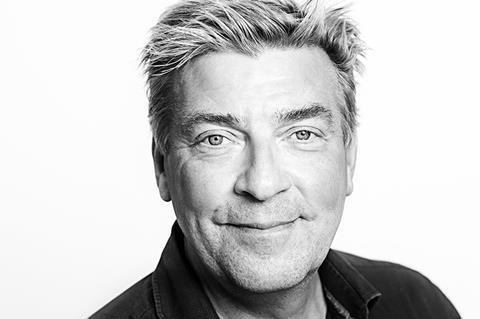 Thomas Gammeltoft is to step down as CEO of Copenhagen Film Fund (CPHFF) on December 31 after more than six years at the helm.

He will take up a new position as creative director at Sweet Chili Entertainment, a Copenhagen-based film financing and distribution outfit.

Jorgen Ramskov, chairman of the CPHFF board, confirmed that the hunt for a successor has now begun.

Gammeltoft, who has been CEO of the regional fund since its launch in September 2013, will also step down as interim CEO of Vision Denmark, a trade body that aims to unite companies across film, TV, gaming and animation. A new CEO for that role will be announced in late November.

CPHFF was established to attract film and TV co-productions to the city, funded by the City of Copenhagen, the Capital Region and operators such as Nordisk Film.

During Gammeltoft’s tenure, the fund has invested around €10m in productions such as The Danish Girl, Lars von Trier’s The House That Jack Built, Lone Scherfig’s Kindness Of Strangers and Norwegian disaster movie The Wave.

The latest investments have been into drama series The Investigation, documentary series Scandinavian Star, crime series Sommerdahl Murders and animated documentary Flee. All these are in production.

“As a former content producer, it has been unbelievably educational for me to work for Copenhagen Film Fund, not only the project investments but also the work revolving around political strategy and development,” said Gammeltoft.

“Unfortunately, things became more challenging this year, when the political winds started pointing towards an increased regionalization and a westward reallocation. But, in return, we have developed a national alliance, which can campaign for our industry on behalf of all of Denmark and Copenhagen.”

Ramskov added: “Thomas has carried out a huge task in creating attention around the highly significant potential of the industry, both as a business and as a cultural driver. The Capital Region has every chance of becoming a centre of excellence within TV, film and gaming production with lots of jobs and growth, but it will require continued financial support, especially from the City of Copenhagen, if this potential is to be fulfilled.”