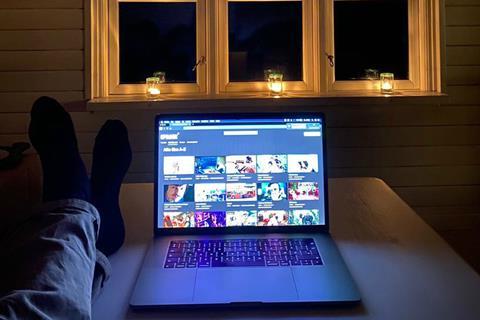 Copenhagen International Documentary Festival (CPH:DOX) has sold 66,500 streams to its online festival, the organisation has revealed to Screen.

Using a modest multiplying factor of 1.7 (especially considering that families were in lockdown together), that means the festival’s online audience has numbered 113,000. The geographic split was 70% of audience in Copenhagen and 30% of audience elsewhere in Denmark.

This compares to last year’s record physical ticket sales of 114,000. Copenhagen Municipality has a population of 632,340.

The online platform, launched with 40 films on March 18 by FestivalScope and later expanded by Shift72 to 150 films, had been available solely to Danish IP addresses. Now a small selection (9 films) has been made available internationally starting in early April.

The top four most popular films were:

“It’s really a surprise,” festival director Tine Fischer told Screen. “We have tested online screenings before and it’s so difficult to move audiences from live to online. So we’re so extremely happy and we will for sure be looking into how to develop a festival in the future that takes this learning and new audience into account.”

The online film tickets are sold for €6 each. The festival had initially hoped to transfer physical ticket pre-sales to the online screenings but that plan wasn’t possible, and physical ticket holders were eligible for full refunds (average cost of physical tickets is €12).

The online talks and conference programme “has been seen by much more people than if it had only taken place inside cinemas,” Fischer added.

The current tally is at 58,649 people watching those Danish-language talks, which were available live across the globe, and are archived to watch now and in the future at the festival’s YouTube channel. The most popular talk was with Edward Snowden.