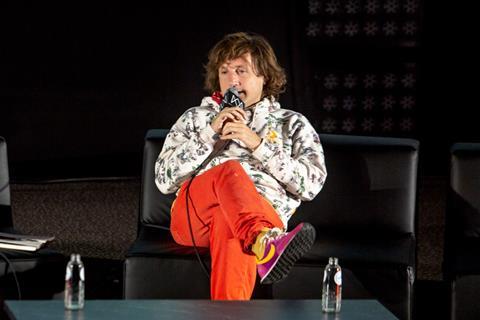 Daniel Pemberton has won the film composer of the year prize at the 21st World Soundtrack Awards (WSA), which took place tonight (October 23) as the closing event of Film Fest Ghent in Belgium.

Pemberton was nominated for his work on Netflix films The Trial Of The Chicago 7, Enola Holmes and Rising Phoenix.

In 2014, Pemberton won the WSA discovery of the year award and has been nominated twice before in the film composer category. The British composer’s other credits include Steve Jobs, Gold and Yesterday.

Carlos Rafael Rivera won the television composer of the year award for his work on HBO Max series Hacks and Netflix’s The Queen’s Gambit.

Nainita Desai, who had been nominated in three categories (film composer, discovery of the year and public choice award), won the discovery of the year prize for her work on Jerry Rothwell’s documentary The Reason I Jump, which explores the lives of non-speaking autistic individuals around the world. The public choice award went to Benji Merrison’s SAS: Red Notice score.

British visual arts composer and sound designer Dougal Kemp received the award for best original composition by a young composer. The three participating composers had been asked to write a score for a scene from Nanook Of The North, the silent documentary film from 1922 by Robert J. Flaherty. Kemp will take home the €2,500 prize.

Film Composer of the Year
Daniel Pemberton, Enola Holmes, Rising Phoenix, The Trial of the Chicago 7

Discovery of the Year
Nainita Desai, The Reason I Jump