Diego Luna to reprise 'Rogue One' role in Disney + series 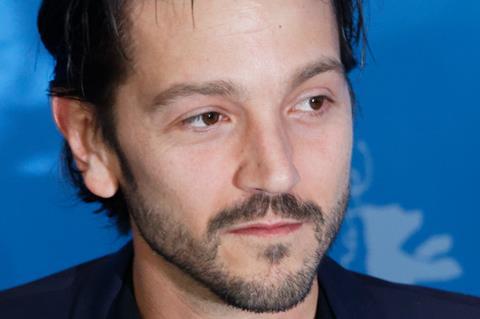 Disney is developing series based on Rogue One: A Star Wars Story  and the Marvel character Loki for its upcoming direct-to-consumer streaming service, now formally christened Disney+.

The live action Star Wars series, described by Disney as a “rousing spy thriller,” is being developed by Lucafsilm and will star Diego Luna playing his Rogue One character Andor. The story will be set just before the events in the film. Production is set to begin next year.

The series is the second Star Wars spin-off in the works for Disney’s SVOD platform, which will launch in late 2019 and be called Disney+, Walt Disney Company chairman and CEO Bob Iger confirmed in an earnings call on Thursday (Nov 8).

Earlier this year Disney announced details of The Mandalorian, a series to be written and executive produced by Jon Favreau.

Tom Hiddleston will star in the Loki series being developed by Marvel Studios, playing the Marvel Cinematic Universe god of mischief character he has played in features Thor: Ragnarok and Avengers: Infinity War, among others.

In a statement on the new Star Wars series, Luna said: “Going back to the Star Wars universe is very special for me. I have so many memories of the great work we did together and the relationships I made throughout the journey. We have a fantastic adventure ahead of us, and this new exciting format will give us the chance to explore this character more deeply.”