Doc festival IDFA kicks off as deals for 'The Deminer', 'Time Trial' announced 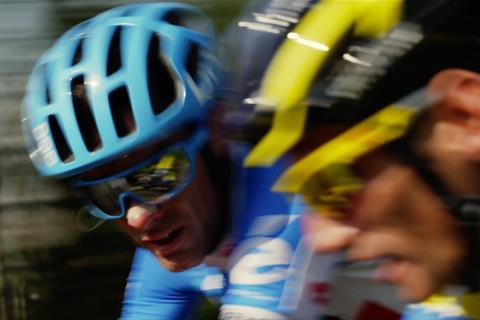 Many are expected to participate in Saturday’s The Visual Voice: 30 years of IDFA, at which they take part in a six-hour marathon discussion on the state of documentary. The event is being staged in tribute to festival founder, Ally Derks.

Over the next few days, there will also be a huge influx of industry delegates, among them unprecedented numbers of sales agents.

“Documentaries have never had it so good,” commented Ana Vicente. Dogwoof Head of Sales. of the heightened interest in the form.

Dogwoof itself has just taken international rights for The Deminer, a film by Hogir Hirori, co-directed by Shinwar Kamal. The film will have its World Premiere in IDFA on Sunday.

With just a pair of wire cutters, “deminer” (bomb disposal expert) Fakhir disarms thousands of explosive mines across Mosul (Iraq) a task that could cost him his life but save the lives of thousands.

The deal was signed between Oli Harbottle of Dogwoof and producer Antonio Russo Merenda for Lolav Media, Dogwoof will present the film to international buyers at IDFA’s Docs for Sale market, while Cinetic Media hold North American rights.

Prominent guests expected in Amsterdam this week include Josh Homme (founder of rock band Queens of the Stone Age), whose documentary American Valhalla, about Iggy Pop’s new album, is screening in the festival’s Music Documentary section, and Oscar winner, Barbara Kopple, who is accompanying her new film, Murder In Mansfiield.

The festival opened on Wednesday night with the screening of Mohamed Siam’s Amal, which was backed by the festival’s IDFA Bertha Fund, designed to stimulate and empower the creative documentary sector in Africa, Asia, Latin America, Middle East and parts of Eastern Europe. The Fund is celebrating its 20th anniversary.

“As well as (being) an amazing festival, IDFA is an institution that makes the development of documentaries and their makers possible through the IDFAcademy, the IDFA Forum and the IDFA Bertha Fund – a chain that gives a filmmaker like Mohamed Siam the scope within which to create great films like Amal,” Barbara Visser (interim artistic director) commented of the different arms of the festival in her opening speech.