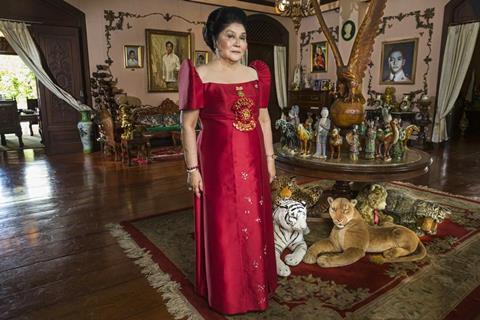 UK-based documentary specialists Dogwoof has announced a series of all-rights theatrical and TV sales for their IDFA slate.

The Kingmaker by Lauren Greenfield (The Queen Of Versailles, Generation Wealth), which profiles the former first lady of the Philippines Imelda Marcos, sold to Piece of Magic (Benelux), with TV sales going to SVT (Sweden), NRK (Norway), YLE (Finland), and Movistar (Spain). The film premiered in Venice and also screened in Telluride, Toronto, and BFI London Film Festival. Dogwoof will release in the UK on 13 December following its US release earlier this month.

Sing Me A Song by Thomas Balmés went to Moov (Benelux) who plan a theatrical release in Spring/Summer 2020. The film shows how the internet finally arrives in tiny Bhutan, with documentarian Balmès there to witness its transformative impact on a young Buddhist monk whose initial trepidation gives way to profound engagement with the technology.

The Cave, the latest feature from Academy Award nominee Feras Fayyad (The Last Men In Aleppo), sold to Cinema Delicatessen (The Netherlands). It tells the story of an underground hospital in Syria and the team of female surgical staff battling to save the civilian population.

Finally, Cunningham, Alla Kovgan’s profile of legendary 20th-century choreographer Merce Cunningham, which premiered at TIFF in 2019 was snapped up by Cherry Pickers (Benelux).  Dogwoof plan a UK theatrical release in March 2020; Camino is releasing in Germany; Sophie Dulac in France and Non Stop in Scandinavia.