UK distributor has struck a deal with Amazon for Jim Jarmusch’s Cannes title. 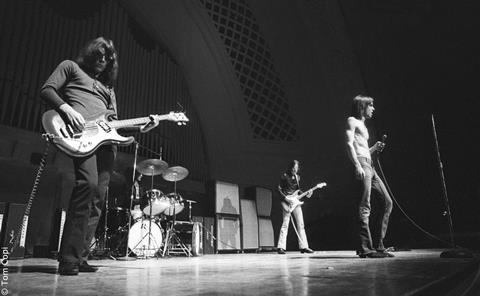 Dogwoof has picked up UK rights (except SVoD) to Jim Jarmusch’s Gimme Danger, his documentary about punk band The Stooges and iconic frontman Iggy Pop.

Comprised of archive footage and interviews, the film chronicles the influential group from its origins in the countercultural revolution through its evolution into one of the defining bands of the punk era.

The film premiered at Cannes this year – alongside Jarmusch’s competition entry Paterson – as a midnight screener, and was one of five titles acquired by Amazon Studios to play at the festival.

Dogwoof secured UK rights from Amazon, who had acquired the territory as part of its US deal, but the online giant will retain UK SVOD rights for its Amazon Prime Video service.

Oli Harbottle, Dogwoof’s head of distribution, commented: “We’re thrilled that Amazon have entrusted us with the UK release of Gimme Danger, and we look forward to working alongside them to bring the film to audiences later this year.”