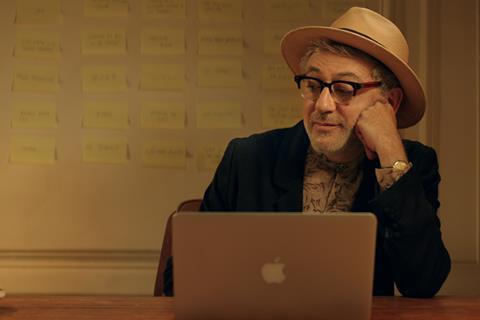 It Must Be Heaven

Palestinian filmmaker Elia Suleiman’s It Must Be Heaven has scooped best film and director in the fourth edition of the Critics Awards for Arab Films.

The comedy originally premiered in Cannes Competition in 2019, garnering a special mention, and was Palestine’s submission for the 2020 Academy Awards.

In other awards, Egyptian-Tunisian actress Hend Sabry was feted with best actress for her performance in Tunisian director Hinde Boujemaa’s Noura’s Dream as a woman trying to escape the clutches of a violent husband.

French-Tunisian actor Sami Bouajila was named best actor for his performance as a man who discovers an unexpected family secret in Mehdi Barsaoui’’s A Son. He previously won best actor in Venice’s Horizons section for the role, when the film premiered there in 2019.

It was a strong year for Sudan, which is rebuilding its once vibrant cinema scene following the removal of authoritarian leader Omar al-Bashir in April 2019.

Suhaib Gasmelbari’s Talking About Trees, about a group of veteran Sudanese filmmakers who attempt to revive an old cinema, won best documentary while pre-revolutionary drama You Will Die At Twenty by Amjad Abu Alala won best screenplay.

The Critics Awards for Arab Films are the first of their kind in the Arab world. They are organised by the Cairo-based Arab Cinema Centre and were voted on this year by 141 Arab and international critics from 57 countries.

Films must have premiered at an international film festival outside of the Arab world during 2019 and involved at least one Arab production company to qualify for consideration.

The winners are normally announced during the Cannes Film Festival but unveiled in an online event during the virtual Cannes market on Thursday, following the cancellation of the physical festival due to the Covid-19 pandemic.

Full list of winners and nominations (winners in bold)