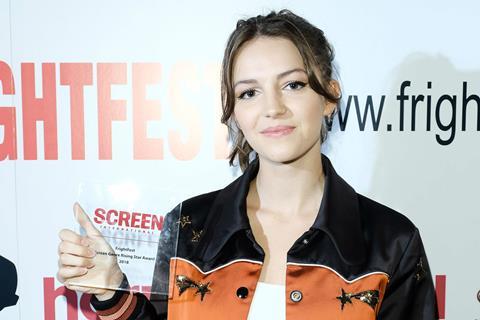 Ella Hunt, the star of Christmas zombie musical Anna And The Apocalypse, has been named the Screen International Frightfest Genre Rising Star 2018 at a ceremony held at Arrow Video FrightFest on Monday August 27.

Previous winners of the award are Danny Morgan, writer and star of Double Date, in 2017, and Alice Lowe, director/writer/star of Prevenge, in 2016.

Hunt takes the central role in John McPhail’s Anna And The Apocalypse, which sees a sleepy Scottish town being besieged by zombies in the run-up to Christmas. Anna and her friends dance, sing and slay their way through the undead as they battle to reach their families.

After playing numerous festivals, Anna And The Apocalypse will be released in the UK on November 30 by Vertigo Releasing. International sales are handled by AMP International.