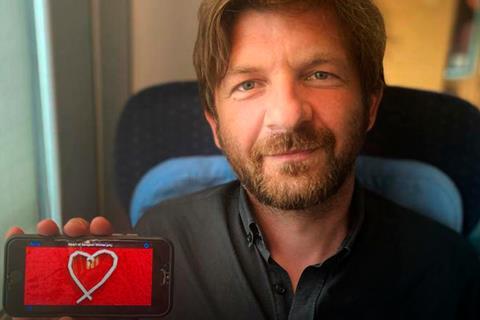 Psychological thriller Exile has won the best film prize at the 26th Sarajevo Film Festival, which took place online this year due to the Covid-19 pandemic.

In a virtual awards ceremony, streamed on the festival’s VoD platform, Kosovo-born writer-director Visar Morina accepted the Heart of Sarajevo prize via a video message after jury president Michel Hazanavicius (The Artist) made the announcement from his own home in France. The award includes a prize of €16,000.

Three further Heart of Sarajevo awards were also announced. Azerbaijani filmmaker Ru Hasanov won best director (and €10,000) with his second feature, The Island Within, which tells the story of an international chess grandmaster who is given the chance to challenge the reigning world champion. The film received its world premiere at Sarajevo.

Croatia’s Marija Škaričić won best actress for her performance in Andrea Staka’s Mare, first seen at the Berlinale; while Greece’s Vangelis Mourikis won best actor for his role in Georgis Grigorakis’ Digger, which previously won the CICAE Award on its debut in Berlin.

Sarajevo also hosted the Audentia Award, worth €30,000 and given to a female director in Sarajevo’s official selection to support their next project. It was won by Berlin-based filmmaker Natalija Yefimkina for her documentary Garage People, which previously picked up the Heiner Carow prize when it debuted at the Berlinale in February. It marks the first time a documentary has won the Audentia Award since being launched by Eurimages in 2016.

The awards ceremony was hosted by local producer Amra Baksic Camo from the stage of an empty theatre.

The festival was due to go ahead as a physical event but announced it would shift entirely online, eight days before it was due to open, as a result of a second spike of cases in Bosnia and Herzegovina. A handful of open-air screenings took place in Mostar, around 80 miles south of Sarajevo where fewer cases have been reported.

The festival opened on August 14 with the world premiere of Focus, Grandma, directed by Bosnian filmmaker Pjer Žalica, and will close on Friday (August 21).

Short: All Cats Are Grey In The Dark, dir Lasse Linder
(Films in the European Shorts section compete alongside the regional competition shorts for an EFA short film candidacy at the European Film Awards and to qualify for an Academy Award nomination.)