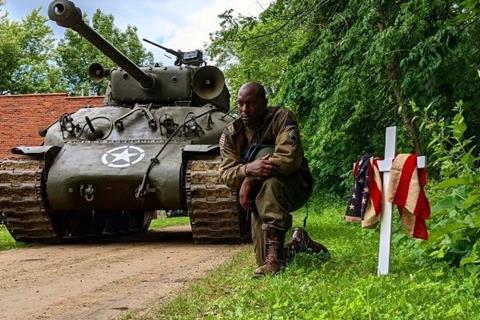 Tyrese Gibson in ‘Come Out Fighting’

Gibson joins previously announced Kellan Lutz Hiram A. Murray and Michael Jai White on the project. He plays a hard-charging battalion sergeant who, along with his comrades, must put racial tensions aside when they encounter a downed fighter pilot behind enemy lines.

Steven Luke has written and is directing Come Out Fighting and production has started in Illinois. Luke, whose credits include Battle Of The Bulge: Winter War and the upcoming Operation Seawolf, is also producing through his Schuetzle Company Productions. Also producing are Andre Relis of VMI Worldwide and Dean Bloxom of Deano Productions.