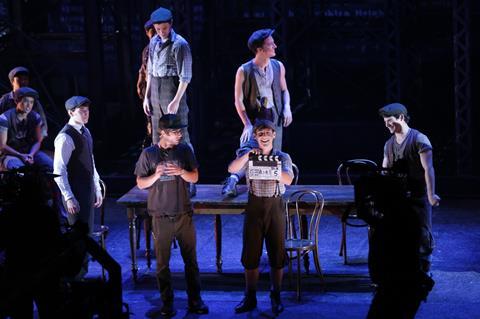 Fathom Events said 26 of its releases grossed more than $1m in 2017, which the event cinema distributor said marked a new record for the company.

The distributor, which released 14 films that grossed $1m or more in 2016, added that box office data specialist ComScore ranked it as the 13th largest distributor of content to North American theatres last year by box office. Total box office for all releases is still being calculated but the company said it amounted to more than $70m.

The 26 cinema events that grossed more than $1m in 2017 include nine live performances of the Metropolitan Opera, classic films like The Princess Bride and Singin’ In The Rain, anime film Princess Mononoke, and last August’s boxing match Mayweather vs McGregor – the highest grossing sports event in Fathom’s history.

Six of the 26 titles brought in more than $2m, with Disney’s Newsies: The Broadway Musical (pictured) grossing $4.7m over six screenings, and faith-based documentaries Is Genesis History and In Our Hands: The Battle For Jerusalem grossing $2.7m and $2.5m, respectively, each over three screenings.

Two screenings of Jeepers Creepers 3 and four screenings of Pokemon The Movie: I Choose You! also grossed more than $2m each. Mayweather vs. McGregor screened live on the night and grossed $2.6m.

“Our accomplishments at the box office last year highlight the evolution and importance of event cinema as an industry, the strength of our distribution and the growing consumer interest in the variety of unique cinema events that Fathom offers,” Fathom Events CEO Ray Nutt said.

“We will use our success to continue growing our core verticals and also to focus on more live events, cultural events, and experiment with new content offerings, solidifying our spot in the industry alongside major studios.”