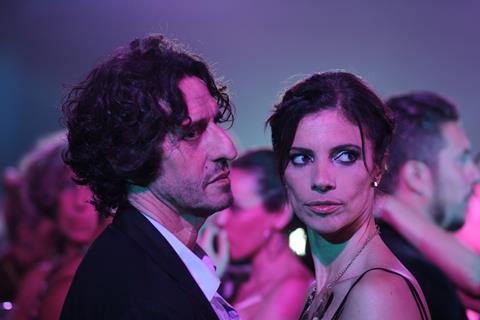 Buenos Aires-based FilmSharks’ The Remake Co. has struck international deals on a quartet of comedies led by Ariel Winograd’s No Kids and That’s Not Cheating.

Guido Rud and his team have sold remake rights on No Kids to India’s Germ, which has offices in the subcontinent and the US. Shyam Madiraju (who produced Jennifer Aniston drama Cake) will produce the story based on the 2015 Argentina-Spain original about a man who is swept off his feet by a new lover and does not tell her about his young daughter.

The South Korean remake is set to commence production in several weeks with Lotte and Globalgate under the title We Grow. It stars Kwon Sang-woo and Moon Chae-won and is being directed by Choi Won-sub whose Hitman: Agent Jun was a hit in 2020 in his home country. Remake talks in the US and Brazil are underway and development has begun in France with Albertine Productions and Germany through Tobis. Italian and Mexican remakes have already been released.

Rud has also optioned the remake of Winograd’s That’s Not Cheating to Brazil’s Querosene run by former Universal executive Joao Queiroz. Director Raúl Martínez is in production on the Mexican remake with Televisa’s Videocine and producer Daniel Birman Ripstein. The 2016 original centres on a couple that discusses the notion of giving each other a pass to sleep with a superstar.

In two other deals, The Remake Co. has licensed Mexican remake rights on Papa YouTuber to Irreversible Pictures and Cielo Content run by Fernando Lebrija and Pablo Lebrija. Carlos Algara and Larissa Andrade will write the screenplay and the producers are in advanced talks with a potential lead.

Studiocanal holds French remake rights and You Planet Films is remaking a Spanish version. The 2019 Peruvian original centred on a family man who gets fired and tries to make a living as a YouTube celebrity,

Enrique Gonzalez Kuhn’s Caramel and Mario Real Pla’s La Pirueta Films have optioned the Spanish remake of 2021 swingers comedy 2+2 and a US studio and VoD/OTT partners will be announced shortly. Félix Sabroso is attached to direct and David Serrano will adapt the screenplay after adapting the story for the hit Spanish stage play Dos Mas Dos.

Marcelo Saback’s Brazilian remake Dois Mais Dois for Paris Filmes and Buena Vista International has opened in Brazil, and Weltkino / Neue Bioskop released the German version. A Mexican remake is in the works with BTF Media and The Remake Co. is in talks for US, French and South Korean adaptations.

“Four quadrant crowd-pleasers are red hot and that’s why Ten Days Without Mom, No Kids, YouTuber Dad, Buena Vida Delivery, The Noble Family and No Filter are so in demand right now,” said Rud.