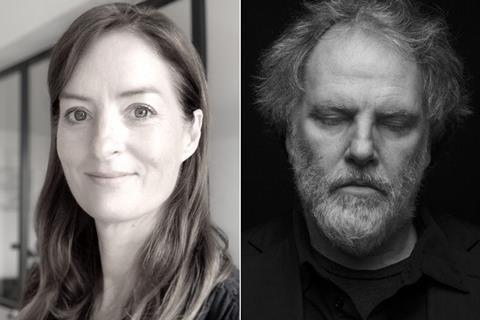 Fionnuala Jamison, managing director at mk2 films, and Canadian filmmaker Guy Maddin are among the speakers on the industry programme of the 66th BFI London Film Festival (LFF), which runs from October 5-16.

Jamison will take part in a Spotlight Conversation on Wednesday, October 12 with Paul Ridd, head of acquisitions for Picturehouse Entertainment and LFF advisor. Having worked in international sales at Coproduction Office in Paris, Jamison joined French production, sales, distribution and exhibition firm mk2 in 2012, leading the launches of titles including Cold War, Portrait Of A Lady On Fire and The Worst Person In The World.

Canadian filmmaker Guy Maddin will participate in an industry panel with Julian Weiss, co-founder and CEO of immersive media studio headraft, hosted by LFF XR and immersive programme lead Ukrich Schrauth. Having made features including 2003’s The Saddest Music In The World, Maddin is presenting his first augmented reality work Haunted Hotel as a world premiere at the festival.

LFF is also launching New Waves, a set of co-production meetings on October 8 for invited producers from France and the UK participating in the festival.

Panels at the festival include ‘Under Pressure: Challenges And Opportunities In Feature Film Development’, for which speakers are producers Tristan Goligher and Mike Goodridge, director of BBC Film Eva Yates and Mia Bays, director of the BFI Film Fund.

‘Sold Out! Moving Your Audience From Their Sofa To The Big Screen’ will consider how cinemas can win back old audiences while attracting new ones post-pandemic. Hosted by Maddy Probst, managing producer at Bristol’s Watershed cinema, speakers include Anthony Andrews, co-founder and creative director of We Are Parable, Jake Garriock, head of distribution strategy and group publicity at Curzon, Melanie Iredale, director of Birds’ Eye View and David Kapur, founder and director of Elevenfiftyfive.

Further events include a discussion about screenwriting between Spectre writer Jez Butterworth and Homeland writer Alexander Carey; a panel celebrating filmmaking from historically marginalised backgrounds; and a further Spotlight conversation with The Apartment producer Lorenzo Mieli.

The festival’s full line-up was announced at the start of this month; with a few additions earlier this week.