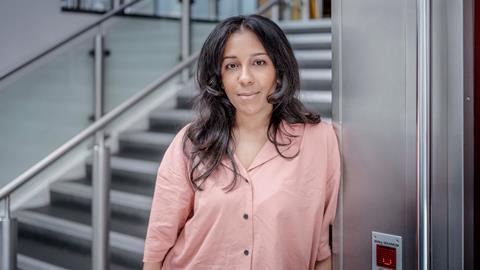 Heather Basten was working as an intern in the BFI’s education department when she was given the opportunity to help curate a masterclass on casting. “At this point, I just had a real love of actors, and an interest in how those actors came to be on the screen,” she says.

Not only did the BFI experience help Basten decide her future career path, but through the event she met casting director Jeremy Zimmermann and spent the first year of her career in his office. Further stints followed with casting directors Dixie Chassay, Des Hamilton and Kharmel Cochrane, becoming casting associate with the latter.

Projects with Cochrane include Deborah Haywood’s Pin Cushion, Robert Eggers’ The Lighthouse, Rose Glass’s Saint Maud and TV series The End Of The F***ing World. In 2018, Basten set up her own company while eight months pregnant — “I wouldn’t recommend it but I have a supportive husband and a great assistant” — and has built up a number of credits across short films, features and television.

One of her earliest casting director credits was Rob Savage’s 2018 short Salt, and she cast his latest feature Dashcam, which is the first of three films in his Blumhouse Productions deal and a recent premiere in Toronto’s Midnight Madness section. In post-production is The Origin, produced by Oliver Kassman and directed by fellow 2021 Star of Tomorrow Andrew Cumming. The prehistoric setting and fictional ancient-language dialogue called for a very considered approach to casting, mixing more-experienced names such as Chuku Modu with less-experienced faces. “I don’t like the term ‘colour-blind casting’,” says Basten. “I prefer colour-conscious. We were colour-conscious in our approach, trying to get it accurate to how the people were back then.”

Throughout all her work — which also includes upcoming six-part Amazon series Jungle, set in the UK’s grime and drill music scene — Basten keeps in mind the “big social responsibility” of her profession. “If you’re a child and you never see yourself represented on screen, that might have an impact on what you feel like you can and can’t achieve,” she says.