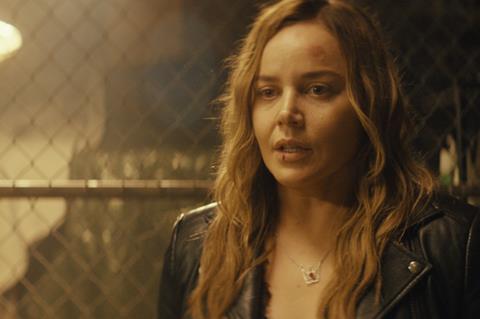 Los Angeles-based Kinogo Pictures has kicked off sales at AFM on psychological thriller Detained starring Abbie Cornish and Laz Alonso and has released a first-look image following the end of principal photography.

Detained centres on a woman (Cornish) who wakes up in a police interrogation room with no memory of the prior night and faces accusations that could change her life forever. However something is not quite right in the isolated police station.

Ryan Scaringe (The Djinn) is producing and Monica Sufar is executive producer alongside Cornish and Alonso and oversees sales for Kinogo and will show a first teaser.

Kinogo recently completed the features Useless Humans, The Djinn and The Boy Behind The Door.