Berlinale Golden Bear winner picked up by territories throughout Europe. 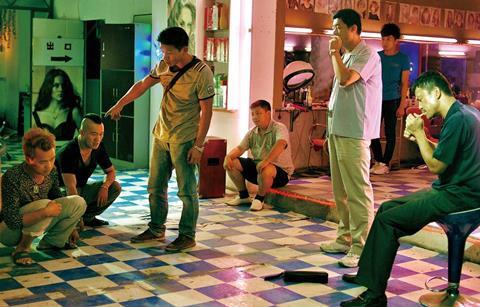 These are on top of a number of previously announced sales including Hong Kong, where Edko releases theatrically on May 15, and France where Memento Films releases in early June.

Directed by Diao Yinan, the film tells the story of Zhang (Liao Fan) a former detective who, while investigating a series of murders, falls in love with a mysterious woman (Gwei Lun Mei) with a link to all the victims.

The film recently took the Silver Raven Prize at the Brussels International Film Festival, and was chosen as the Best Asian Film by the 2014 Singapore Entertainment Awards.

Ira Sachs’ Love Is Strange has continued to secure sales in advance of its North American release this autumn by Sony Picture Classics with Fortissimo closing additional sales with Mexico (Cinema Nueva Era) and HBO Latin America for first run pay TV throughout the region.

In addition, Zeitgeist Films is to release Siddharth, from Canadian director Richie Mehta, in the US later this year. After taking home the Best Picture Award at last month’s Beijing International Film Festival, and the Best Film Award at Belgium’s MOOOV Festival, it also won the Audience Award at the Los Angeles Indian Film Festival in April.