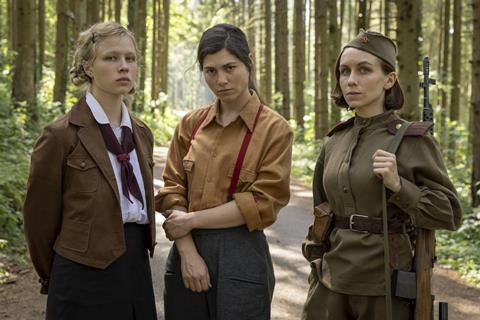 Based on a true story, it follows a train with 2,500 Jewish former prisoners aboard leaving the Bergen-Belsen concentration camp. The train comes to a stop by a German village in the path of advancing Russian troops, with three women forced to pool their resources to survive.

The film is currently in post-production. Alice Buquoy, SVP, international theatrical sales and acquisitions at Global Screen, confirmed the company will be presenting first footage and stills at the AFM. September Films are already on board to handle Benelux distribution.

Director Diesing commented: “I want my audience to be right there, alongside my three main characters. There, in that small village of Tröbitz, where, 75 years ago, the German villagers, those Jewish former prisoners from Bergen-Belsen and the Russian Red Army were forced to coexist and survive an impossible situation.”