HBO greenlights one ‘Game Of Thrones’ prequel, drops another 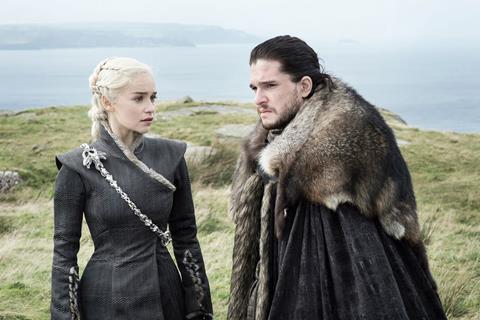 HBO has given a 10-episode, straight-to-series order on Game Of Thrones prequel House Of The Dragon, and cancelled another prequel starring Naomi Watts.

House Of The Dragon is based on George R. R. Martin’s Fire & Blood, which takes place 300 years before events in Game Of Thrones and tells the story of the House Of Targaryen, the clan that spawned Daenerys Targaryen.

Martin and Ryan Condal co-created the prequel, and frequent Game Of Thrones director Miguel Sapochnik will direct the pilot, serve as showrunner with Condal, and serve as executive producer with Martin and Vince Gerardis.

President of HBO programming Casey Bloys announced the prequel at WarnerMedia Day on Tuesday (29), hours after it emerged that another prequel set to star Watts had been cancelled.

The pilot for that series, set thousands of years before events in Game Of Thrones and created by Kick-Ass writer Jane Goldman and Martin, shot in Northern Ireland, Croatia and the Canary Islands over the summer.