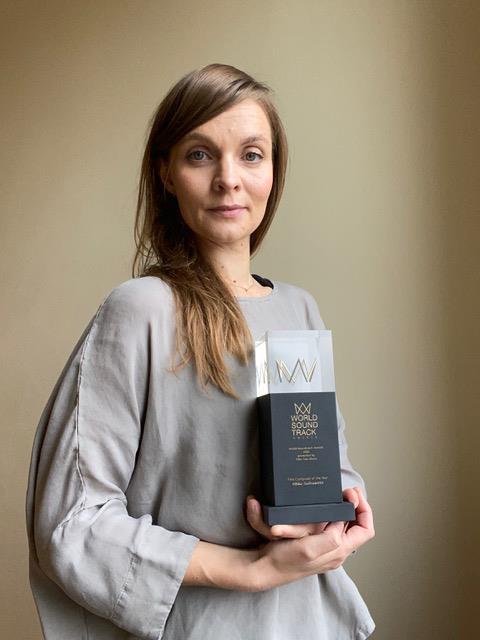 Hildur Gudnadóttir won the film composer of the year prize for her score for Joker at the World Soundtrack Awards (WSA), held online this evening (Saturday October 24).

Gudnadóttir’s prize meant she has now been represented at the WSA for three consecutive years. The Icelandic composer was nominated for the discovery of the year award two years ago for Sicario: Day Of The Soldado, and won the TV composer of the year prize last year for HBO series Chernobyl. She also won the Oscar for best score in February this year for Joker, becoming only the third woman ever to receive the prize.

This year’s TV composer of the year award went to Nicholas Britell for season two of Succession. Britell has done a double of his own, having won the film award last year for If Beale Street Could Talk.

He was first recognised by the WSA in 2005 with the Sabam award for best original composition by a young composer. This year that award went to Georgian composer Ana Kasrashvili, the first woman to receive it.

Bryce Dessner, also known as a member of US rock band The National, won the 2020 discovery of the year award for his score for Fernando Meirelles’ The Two Popes, while best original song went to Joshuah Brian Campbell and Cynthia Erivo for ‘Stand Up’ from Harriet.

The 20th edition of the World Soundtrack Awards marked the closing night of Film Fest Ghent which ran from October 13-24 this year.

The WSA ceremony, which was livestreamed on October 24, is available to watch here:

Discovery of the year: Bryce Dessner, The Two Popes