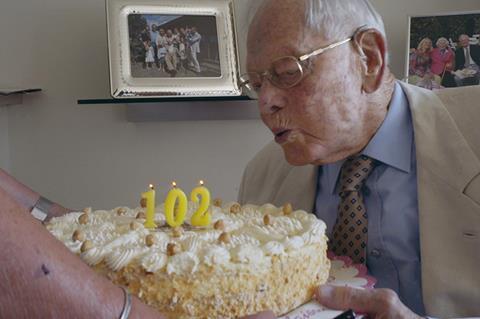 The International Documentary Festival Amsterdam (IDFA) has announced its Dutch competition titles, as well as the selections for its Luminous and Frontlight strands.

The festival is due to run as a hybrid edition from November 18 to December 6, though some physical elements of the edition have been scaled back due to fresh Covid-19 restrictions in the Netherlands.

The Dutch documentary section comprises eight world premieres, and includes Heddy Hoonigan’s 100UP which tells the stories of seven colorful centenarians. Honigmann’s previous feature Buddy screened at Moma and Hot Docs as well as at IDFA.

Further titles include Pieter-Rim De Kroon’s Silence Of The Tides, which looks at the Unesco-protected Wadden Sea, and Renzo Martens’ White Cube, about a white cube gallery space built in the middle of a Congolese palm oil plantation. Marten’s provocative Episode 3 - ’ Enjoy Poverty’ appeared at IDFA in 2009.

Among the 20 titles selected for the non-competitive Luminous strand include the world premiere of Red Card by Mohamed Said Ouma, about a group of basketball players in the Comoros islands. Other titles include The Ark by Dan Wei, set in a Chinese hospital as Covid-19 begins, and Alison Kuhn’s The Case You, which explores the abuse of women in the film industry,

Another non-competitive section, Frontlight, features 17 titles from lesser-heard perspectives. Highlights include We Are The Thousand by Anita Rivaroli, about a thousand-person band in an Italian village who bring the Foo Fighters to town, and Wuhan Wuhan by Yung Chang and Gong Cheng, which tells the story of the city during the peak of the Covid-19 pandemic.

The IDFA market takes place online from November 16 to 20.