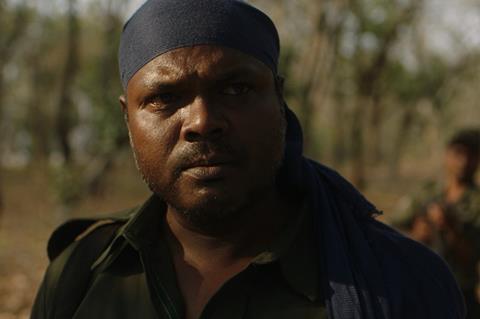 Directed by Chhatrapal Ninawe, the film is set on the fringes of India’s Maoist-affected tribal areas and revolves around the tense interplay between Maoist guerrillas and the police.

The cast includes acclaimed Marathi actors such as Milind Shinde (Babu Band Baja) and Jitendra Joshi, who starred in Netflix web series Sacred Games. Currently in post-production, the film is being lined up for release in the first quarter of 2020.

“India has so many different regions and languages, and each is a treasure trove of original stories and fresh talent,” said Mundra. “The regional film industries in India are very versatile, and by combining them with Drishyam and Jio’s wealth of experience, we are excited to bring these stories to the international stage.”

The first film under Drishyam’s deal with Jio Studios, Aadhaar, is receiving its world premiere in BIFF’s A Window On Asian Cinema section. Directed by Bengali filmmaker Suman Ghosh, making his Hindi-language debut, the film is a satire about a man trying to change his government ID number because he believes it will bring him bad luck.

Drishyam and Jio Studios have also co-produced comedy drama The Funeral (Ramprasad Ki Tehrvi), which will premiere at Mumbai film festival later this month. The directorial debut of acclaimed actress Seema Pahwa, the film revolves around a family that comes together for the 13-day funeral rites of their patriarch. The ensemble cast includes Supriya Pathak, Naseeruddin Shah and Konkona Sen Sharma.