Film and festival executives offered insights into how to make projects stand out, gain traction at festivals and achieve box office success. 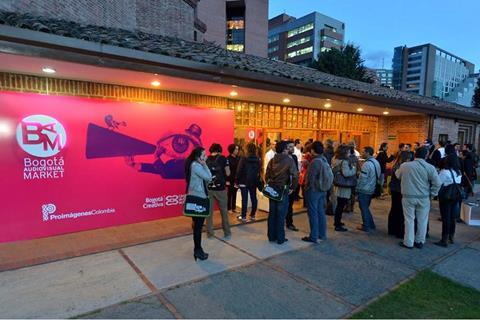 The BAM Talks at the Bogota Audiovisual Market (BAM) this week covered a variety of topics, from how to ‘transmediatize’ your film to choosing the right festival. Screen sifted through the sessions for the gems.

Yanick Letourneau, owner-producer at Canada’s Peripheria
“Have a very clear strategy from the start about how you’re going to put your project together, including everything from story and financing to distribution methods – always bearing in mind who your target audience is.

“Attend as many co-production forums and markets as possible, even if you only have a concept. It will give you a clearer picture of where you need to go with the project and is invaluable in terms of feedback from sales agents, the media and other producers.

“Carefully identify the sales agent you want to work with. Do your research on the other projects they’ve handled, whether they’re similar to yours and how much success they’ve had. Their eyes should light up when you pitch to them.”

Maria Zamora, producer at Spain’s Avalon
“Persevere with finding the right co-production partner. You might strike it lucky and find the perfect partner first time, but be prepared for rejections or mismatches. It is vital that you can work together for the good of the project.

“Having a US studio show interest in your project can be hugely satisfying and rewarding, but decide carefully if it is the right choice. They will bring more clout to your film and it should get a wider distribution, but during the process of making the film they can be hands-on and very specific with details and requirements, including everything from cast tests to editing the film.

“For us it really worked on The Hidden Face with Fox, but it might not suit everyone.”

Leonardo Zimbron, head of Mexico-based Traziende Films and former head of production at Warner Bros Pictures Mexico
“Take reels and key art to festivals well ahead of the film’s completion to get interest in the project and potentially attract a sales agent.

“During the shoot, get a lot of stills and video footage, which will help massively with the promotion of the film.

“Promote your project on as many different platforms as possible, not just the typical ones like Twitter and Google. Utilise social media, get a dialogue going, and perhaps even give the characters from your film personalities in the promotional material, as we did with The Noble Family to great success.”

Stefan Laudyn, director of Warsaw Film Festival
“It’s great to get your film into one of the big festivals like Cannes, Berlin or Toronto, but don’t keep those as your sole focus. Some of the smaller festivals can be better for greater visibility of your project and easier networking opportunities.

“Always read the regulations of a festival, especially eligibility. If you submit your film to Cannes, for example, it should be a world premiere, whereas others are happy for the film to have appeared elsewhere. Some sections of festivals are also stricter than others. Communicating with the festival can help provide clarity.

“Get a decent sales agent on board early who can dedicate their time properly to promotion – the festival life of a film is no more 12 months, so your time is valuable and limited.”

Trevor Groth, director of programming at the Sundance Film Festival
“Creating a short film and presenting it at Sundance is a great way to get yourself known. Many great filmmakers in the past, including Paul Thomas Anderson and Wes Anderson started out with shorts at the festival – and more recently Cary Fukunaga.

“Shorts are great because they are almost always uncompromised. Distribution of online shorts is also going through something of a renaissance and worth considering.”

How to promote your film across multi-media channels

Josette Normandeaux, Ideacom International Inc & Zenith ABC
“Unfold your film’s stories, characters and settings on social media, take advantage of specialist channels such as blogs, and try and run content alongside your film, whether it’s promotional footage on broadcaster websites or even creating videos related to your film for Oculus Rift.”