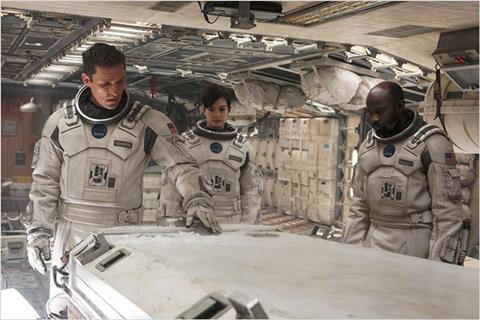 Without a major competitor opening against it, it was never a case of if Interstellar would top the UK box office on debut, but with how much.

In the same release window last year, stablemate Gravity took $9.9m (£6.2m) from 539 sites, including $985,000 (£619,086) in previews. Arguably, Interstellar recorded a better performance given Gravity benefitted from both IMAX and 3D surcharges and, at over an hour shorter, enjoyed more showtimes.

Whether Interstellar can match Gravity’s terrific run, which ended at $52m (£32.7m) earlier this year, remains to be seen. Like Gravity, Interstellar’s first heavyweight competitor arrives in just ten days in the form of the latest Hunger Games.

Ryan White & Ben Cotner’s The Case Against 8, about the overturning of California’s Proposition 8, posted a $3,400 (£2,161) UK bow from its one site through Dogwoof.

Fox’s The Drop receives a wide release, while Sony’s Third Person and Dogwoof’s Life Itself are among the films receiving a limited release.