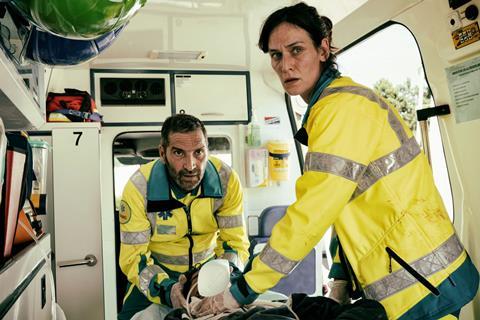 The sales are led by terrorist thriller The Shift, which has been picked up for France (Koba Films), Germany (The Lighthouse) and Japan (New Select).

The Italy-Belgium co-produced is directed by Alessandro Tonda and premiered at Rome Film Fest. Led by Suburra star Adamo Dionisi and Cesar award-winning actress Clotilde Hesme, it centres on two paramedics who unwittingly load a suicide bomber into their ambulance in the wake of a terrorist attack.

The Lighthouse has also picked up all German rights to Gabriele Albanesi’s Italian home invasion thriller A Bunch Of Bastards from Minerva.

Italy-Albania psychological thriller Weekend, directed by Riccardo Grandi, has also been sold to Japan (Transformers) and CIS and Baltics (IV Production); while Daniele Falleri’s debut thriller It Was A Dark Night has been acquired for France (Koba Films).

MGM has taken all rights for Latin America to English-language teen horror Shortcut while TV rights to the film, directed by Alessio Liguori, has been acquired by Slovenia’s Pop TV.

Pop TV also picked up TV rights to Italy-Canada drama From The Vine, directed by Sean Cisterna and starring Joe Pantoliano, as well as Italian female-led comedy Ace Of Hearts by Giuliana Gamba. In-flight rights to the latter were secured by Global Eagle for Singapore.