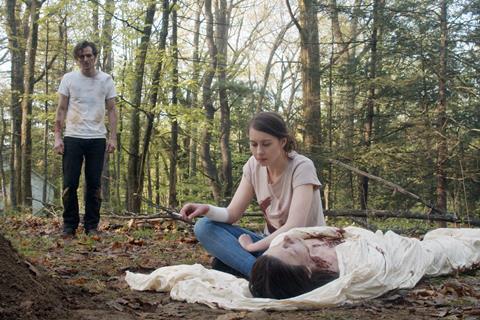 The film stars Boardwalk Empire’s Jacob A. Ware as a grieving husband who lost his wife in an accident. While visiting her grave, he meets her sister, played by Christine Nyland, and together they make a ghoulish pact to bring her back from the dead.

It is a debut feature for Krey. Nyland and Krey co-wrote and also produced for Unquiet Films.

An Unquiet Grave was acquired by AMC Networks’ Shudder for North America, UK, Ireland, Australia and New Zealand. Jinga has acquired sales rights all other territories.