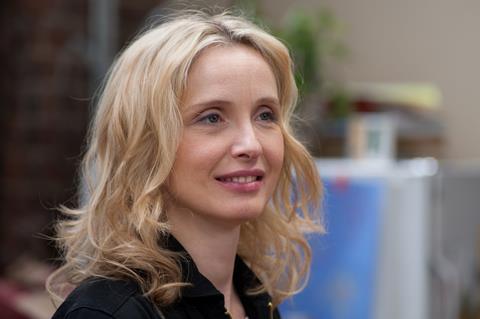 Oscar-nominated writer, filmmaker and actress Julie Delpy (Lolo) will direct her screenplay My Zoe, which will begin production in the UK next spring.

My Zoe is the story of Isabelle, played by Delpy, a geneticist recovering from a toxic marriage while raising her daughter Zoe with her ex-husband. When tragedy strikes the whole family, Isabelle must take matters into her own hands.

Brühl and Arterton star as a Moscow couple to which Isabelle turns for help. The role of her ex-husband is currently being cast.

“I started thinking and taking notes about this film over 20 years ago. It first came to my mind discussing with [director Krzysztof] Kieslowski about parenting, love and fate,” said Delpy. “The film is about the unconditional love you feel as a parent. It was a very profound process to write it. I gave it all the truth I had and I hope it resonates with others.”

Tana commented on the script: “Riveting, a page turner. I could not put it down on first read.”

Protagonist Pictures is handling sales for the film and will launch the project to buyers at the European Film Market in Berlin in February.

Protagonist CEO Mike Goodridge said: “My Zoe is one of those movies that people stand around and argue about. Julie has created a compulsive drama about what it means to be a parent, and what lengths a parent will go to for their children.”