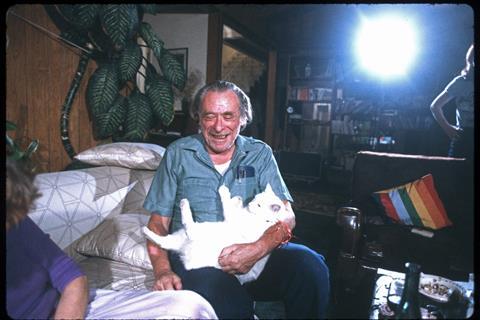 You Never Had it – An Evening With Charles Bukowski

Kino Lorber and Slamdance Film Festival are partnering on the virtual theatrical release of You Never Had it – An Evening With Charles Bukowski.

Matteo Borgardt directed the documentary, which features rediscovered lost footage of the writer in conversation with arts entertainment journalist Silvia Bizio at his San Pedro home in 1981 when he was at the height of his literary success.

Bizio, who also produced, found the video of the interview in her garage in 2014, some 20 years after Bukowski died. The film also features Bizio reminiscing about her encounter with the author.

The interview was shot on U-matic videotapes, which have been digitised and edited with new Super8 footage shot in Downtown Los Angeles as a backdrop while Bukowski read poetry aloud.

You Never Had it – An Evening With Charles Bukowski will open in North American through Kino Lorber’s revenue share Kino Marquee platform on August 7. This year marks the centennial of Bukowski’s birth.

Kino Lorber senior vice-president Wendy Lidell said, “We continue to make the Kino Marquee platform available to our most valued colleagues in the industry, and we are proud to welcome Slamdance aboard, especially with this remarkable treasure of a film.”

Slamdance president and co-founder Peter Baxter said, “Virtual platforms are part of Slamdance’s future, allowing us to reach a wider audience and our filmmakers to profit from. With Kino Lorber’s deep passion for cinema there’s no better partner to collaborate with in exhibiting this mesmerizing time capsule of Bukowski.”